VULTURE | PHILLY D.A. “the second coming of the Wire… The show should be viewed as a model for an entire genre of documentary storytelling.” 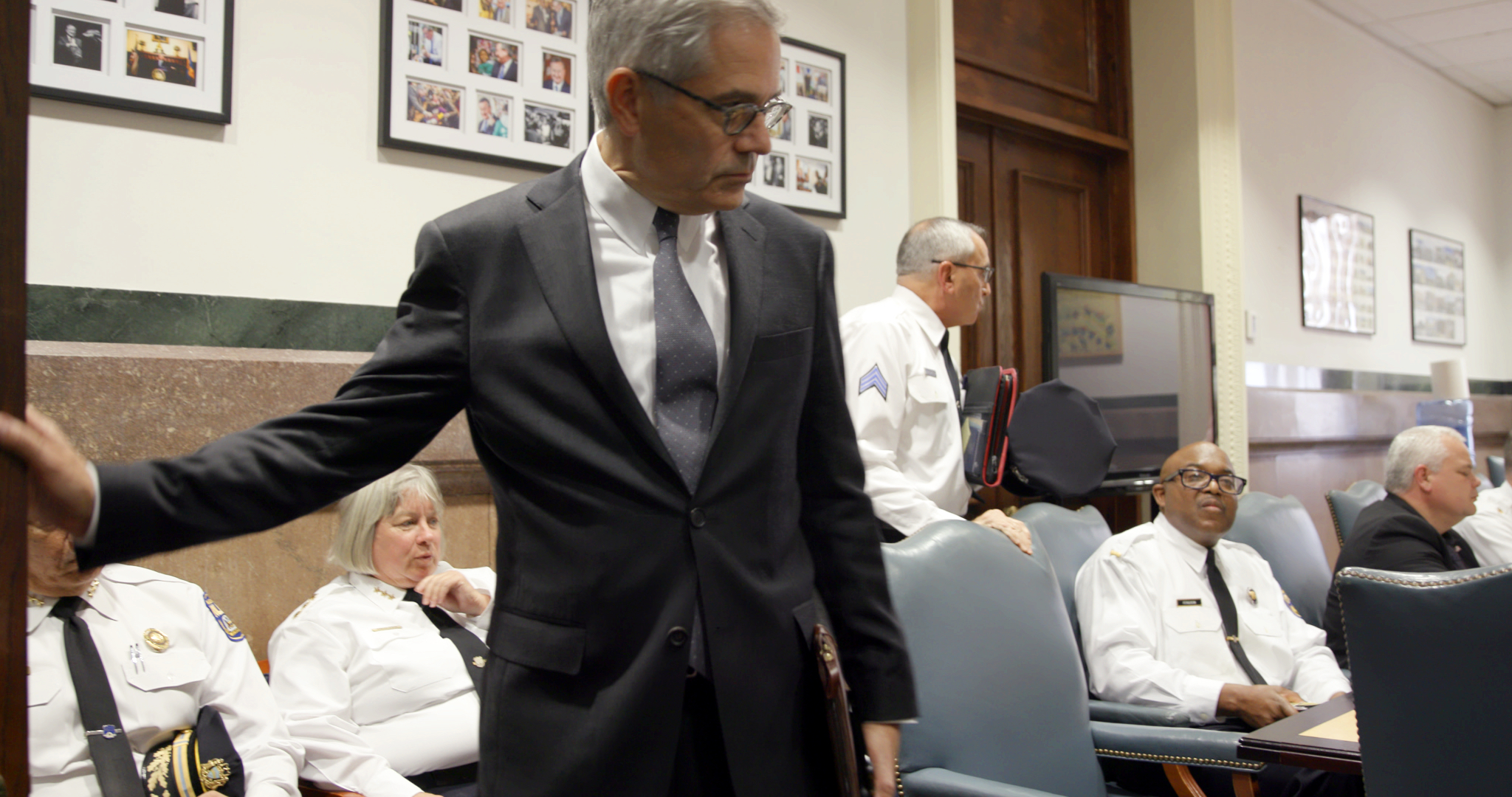 TV REVIEW
Philly D.A. Is the Second Coming of The Wire, in Docuseries Form
By Kathryn VanArendonk

It’s a little surprising given the show’s acclaim and its TV-landscape-defining status, but prestige fictional TV never really figured out how to make copycats of The Wire. Oh sure, TV co-opted little bits and pieces here and there — the color palette, the commitment to big ensemble casts, the police drama turned serialized and grimy, the idea that Idris Elba and Michael B. Jordan should be huge stars. But the core of the thing has remained relatively alone, off on an island to itself. The Wire (along with some of David Simon’s other work) is still one of the very few TV series about the collaboration and tension between individuals and big systems, about the promise and limitation of one individual attempting to exert pressure on a huge network.

Philly D.A., a new docuseries about progressive lawyer Larry Krasner in his role as the district attorney of Philadelphia, is the only TV series I’ve seen that actually feels like watching another season of The Wire. It’s not at all the same, of course — these are real people’s lives being filmed, so the outcomes are messier, the arcs are less fitted to ideal narrative shapes, and, most crucially, the filmmakers don’t get to decide how this story turns out and whether this experimental political project they’re following will fail. The central idea of it, though, and the way Philly D.A. follows the story across a citywide web of interlocking problems and attempted solutions, is like watching a real-life Philadelphia spinoff of a Simon show playing out across eight hours of TV. (The first two episodes premiere as part of PBS’s Independent Lens on Tuesday, April 20, with the rest rolling out weekly.)

The element of Philly D.A. that most contributes to that feeling is Krasner himself and the role he chose to take on with his election as district attorney. The first episode covers the initial days after Krasner’s election and is imbued with his and his team’s sense of joyous purpose. The D.A.’s office, they believe, has been a major contributor to the systemic inequality in Philadelphia. Its decades of policies pushing widespread incarceration and onerous penalties for drug offenses as well as its hand-in-glove relationship with the police have all brought Philadelphia to where it currently stands as one of the most incarcerated cities in America, with rampant police corruption and stubbornly high rates of crime. The docuseries lays out the stakes, taking time to illustrate the lowlights in Philly’s past several decades of criminal-justice policy. That first episode sets the stage for what seems primed to be a fast, thrilling wave of change in the city. Someone’s finally going to do things differently.

There’s a lot of energy at the start, especially as Krasner and his team begin to uncover all the administrative nightmares that previous D.A.’s had buried inside mountains of unremarkable brown filing boxes scattered throughout their building. Krasner’s reputation as a reformer is burnished pretty quickly by his righteous (perhaps a touch gleeful?) fury as he holds aloft a list of police officers whom D.A.’s had previously identified as untrustworthy but had allowed to keep working without any notification to the public. Philly D.A.’s wisest and most instantly compelling move, though, is to expand its perspective beyond the Krasner loyalists. He enters his new role with a passion to root out all the longtime governmental officials who have been toeing the status-quo line; Philly D.A. depicts this sympathetically but also spends time with old-guard D.A.’s office employees who are rankled by and legitimately concerned about the sweeping changes. Krasner comes roaring into office like an avenging fire, and the docuseries is clearly fascinated by, and even leans toward, his outlook. But part of that depiction includes spending time with people who truly believe he’s wrong.

Philly D.A. manages to be both a portrait of Krasner and a map of the system he’s up against, and the tension between those two things is the series’s primary fuel. It’s also the central contradiction of Krasner as district attorney: He is the chief law-enforcement officer for the entire city and has huge discretion in which offenses he chooses to charge, which guidelines he can impose for various convictions, and what happens to people once they have entered the criminal-justice system; at the same time, Krasner is very clear that he doesn’t think most people should enter the criminal-justice system at all. He has immense power to incarcerate people and doesn’t believe in the social benefit of incarceration. It is the progressive version of a conservative phenomenon that has been happening for decades, in which someone is elected to lead a system they fundamentally believe should not exist or should at least be as tiny as possible. Krasner is a fascinating subject because he’s an ideologue taking on a role almost perfectly opposed to his ideals.

It’s so compelling to watch Krasner clean house and install a whole new staff of progressive lawyers. It’s gripping to watch as he and his team present stats about the desperate state of drug charges in Philadelphia and the devastating impact of long-term parole. It’s even more engrossing, and even more heartbreaking, to watch as Krasner completely fucks up at a community town-hall event. He is busy, he is distracted, and he’s utterly incapable of translating the giant systemwide vision in his head to the frustrated citizens sitting right in front of him demanding better answers to why his administration has failed them. His team forces Krasner to realize his mistake, and he tries to do better next time. It is almost certainly not enough.

There are all kinds of takeaways here for viewers interested in criminal-justice reform, for people who follow Philly politics, for progressives looking at governing models, and for anyone who loves docuseries in which the subject spends a lot of time looking at graphs. (That last one is me.) The show should also be viewed as a model for an entire genre of documentary storytelling. So often, a docuseries has to navigate between the individuals it focuses on and a larger system it’s trying to depict. It’s a tough line to walk, and it’s so easy to sacrifice one person’s idiosyncrasies in favor of a broader perspective or to do the reverse and conflate one person’s experiences as representative of a giant, complex system. Philly D.A. is a beautiful, sprawling story that does justice to both the giant organizations and the many individuals caught inside them. It also reminds us that “doing justice” is so much harder than we may want to believe.