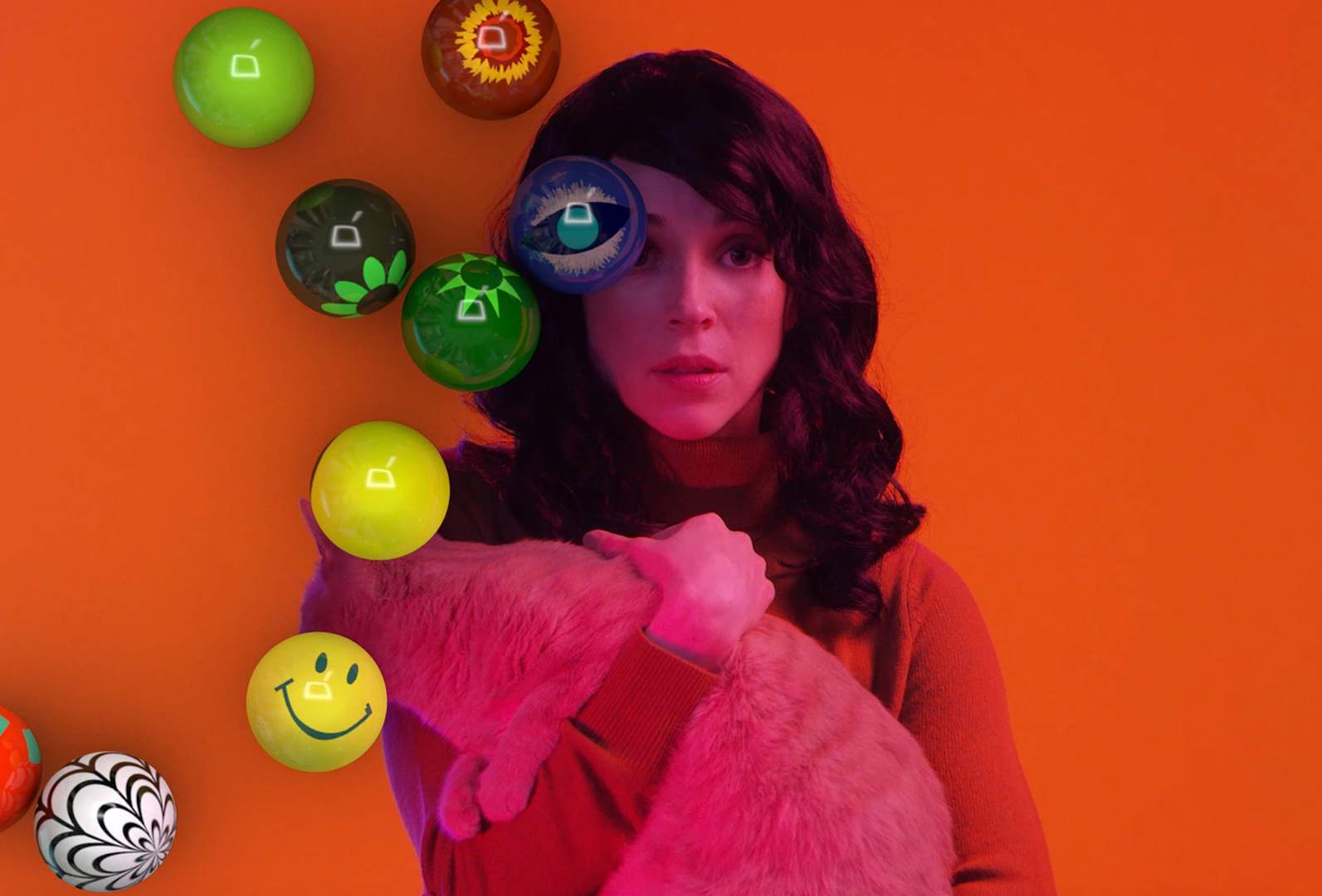 “I’ve been a St. Vincent fan for a long time, and more recently a very big Annie fan,” says the Philadelphia-based artist Alex Da Corte of Annie Clark, the real-world alter-ego of the guitar-shredding rock act. They met last summer when she invited him to direct the music video to her single “New York,” a melancholic love song at odds with the cheerfully absurdist visuals he paired it with — a Manhattan ultra-saturated with effervescent colors, one in which Clark spins the iconic Astor Place cube round and round with a pair of fuschia-clad legs dangling out of it.

Their creative chemistry, in their own words, was nothing short of magic. “I feel that it’s very rare to meet someone and fall for them so instantly,” says Clark, patched into a three-way phone call between Clark’s home in L.A. and the gallery Karma in New York, where Da Corte’s latest show, “C-A-T Spells Murder,” opens this weekend.

“Doing the ‘New York’ video was one of the most special times in my brain,” Da Corte adds, making it no surprise that he would invite Clark to do a second collaboration on his own turf, in the gallery.

For the Karma show, he directed her in “The Open Window,” an 11-minute, monochromatic-red video in which Clark holds a one-eyed cat and crescendos her expressions into a final mouth-gaping expression of terror. It plays alongside the other kitsch elements of Da Corte’s immersive installation — an 11-foot-tall orange velvet cat, a Halloween-orange carpet, and a pair of eyes glowing behind shutter-shaped neon sculptures that bathe the room (and the viewer) in an acid-colored glow. Just as in “New York,” the pop-inflected veneer of Da Corte’s body of work candy-coats heavier sentiments; all of these are physical manifestations of fear and uncertainty.

Hidden in the simplicity of “The Open Window” and its single take are layers of reference to the horror genre; Clark is styled like the character on the cover of a 1997 book called “Cat,” from author R.L. Stine’s young-adult horror series “Fear Street” (its tagline is the title of the show).

“Largely, his stories focused on some young girl being preyed upon via an open window,” says Da Corte, a concept that synced with an old favorite episode of “Alfred Hitchcock Presents” called “The Unlocked Window.”

“It’s about a woman who may have left a window unlocked in the basement while a criminal is on the loose,” Da Corte adds, “and what I liked about it is that so much of it isn’t about any clear and present danger, just the constant place in her brain where fear enters. I’ve been thinking about the acronym of FEAR — false evidence appearing real — and I liked the idea of what it means to leave a window open and what can come in.”

Despite the weighty concept behind the work, however, his direction was decidedly more straightforward.

“He just said, ‘Show up at this time and place,’ and I was like, ‘Obviously, yes,’” says Clark. “Put on this wig. ‘Obviously, yes!’ I questioned nothing. Alex makes entire worlds unto themselves, and even when I first met him on the set of ‘New York,’ I was like, ‘I trust you completely,’ and that’s a very rare thing. We’d finish a take, and he’d say, ‘You are such a ham.’ Well, I only ham for you.”