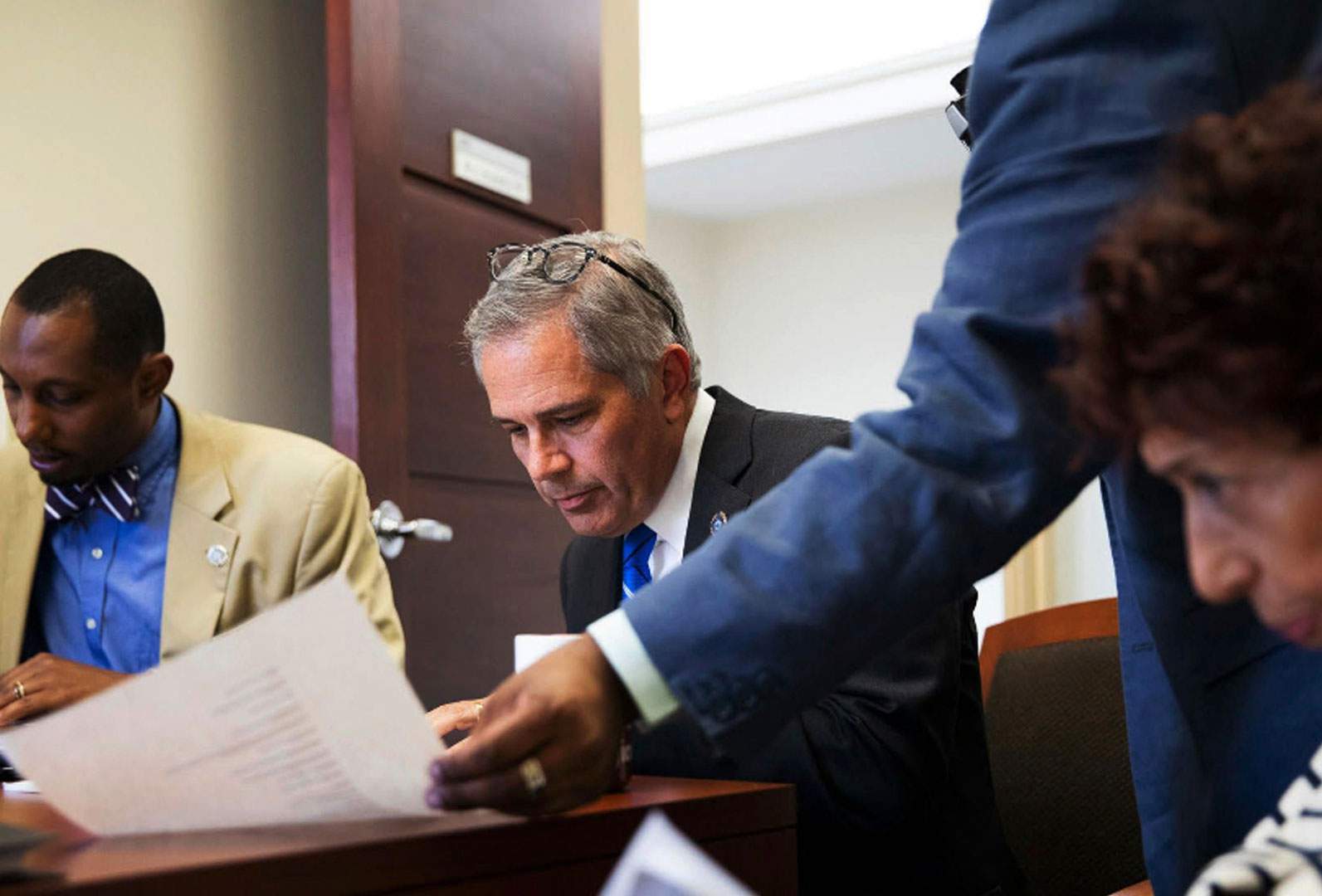 RECOMMENDED REALITY TV
Philly D.A. is a thrilling, revealing look at an attempt to ‘destroy the system’ from within
Andy Dehnart

“To me it’s not that tough a call that we’re not going to prosecute sex workers,” newly elected Philadelphia district attorney Larry Krasner says in the opening moments of Philly D.A., after also deciding to not prosecute people who’ve been arrested with marijuana. “That ridiculous nonsense is gone.”

Can he and his team reform criminal justice from inside the system that easily, just by deciding to do it? That’s the central question of Philly D.A., an absolutely enthralling eight-episode original reality series from Independent Lens (PBS, Tuesdays at 9).

“We have to avoid falling into this pit of how government behaves,” Krasner says during that same meeting. “We’re here because we’re different than that.” He points out that “entrenched power” exists in the massive D.A.’s office and elsewhere in the city—including the Fraternal Order of Police—and “they are going to attack us for doing different things. And then we make decisions that we have to own, for better or for worse.”

What’s incredible about Philly D.A. is that we get to watch as all these things eventually happen, as Krasner and his team make progress and make mistakes. Krasner has been in office since 2018, and cameras have been following him before that, lurking outside a closed door on election eve as his friends and advisors give him advice about what to say.

As the series points out in a swift but effective first episode, reforming the criminal justice system from the district attorney’s office is possible because the D.A. has exceptional power to decide who gets charged and prosecuted, and for what. And it’s power that can be used strategically to try to change more than just the D.A.’s office.

Philly D.A. is a story about our deeply broken criminal justice system, where people who have no prior record and commit minor offenses sit in jail for months and years because they can’t afford bail. It’s a story about Americans’ ideas and desires for the criminal justice system, where a murdered police officer’s family members and podcasters demand the death penalty, even though that would only be symbolic, since no one has actually been put to death in Pennsylvania in more than two decades. It’s a story about retribution versus rehabilitation, power versus people.

But Philly D.A. is, at its core, just a satisfying story of a leader who’s actually making changes, not just talking about them or getting mired in the system.

“We’re actually trying to get things done,” Krasner says in a meeting with other government leaders. When one of his staff members suggests a way to compromise about disclosure, Krasner says, “No, we believe in transparency. They’re going to have to get used to it.” Is he performing for the cameras? Maybe. But it’s not merely performative, as he and his team actually make those changes.

All of this makes for compulsively watchable television, and Philly D.A. is easily the best documentary series of 2021. Important, consequential work and an in-depth examinations of social issues might not automatically make for great television, but issues and entertainment merge seamlessly here. And while far too many feature documentaries have been turned into series just to feed the Netflix algorithm, the four hour-long episodes I’ve watched so far have left me wanting more.

As if this was Netflix’s The Circle, episodes even end on thrilling cliffhangers. (I’m so glad to see a series on PBS embrace this approach.) At the end of the first episode, the new staff discovers that a drive has been wiped. “There are secrets. We need to find out where the secrets are,” Larry says, and then suggests going “drawer by drawer” to find them. Staff members start searching old filing cabinets, and eventually find a file labeled “Damaged Goods.” It’s a file of police officers so corrupt they can’t be called to testify. That discovery reverberates throughout the second episode.

Philly D.A., which was directed and produced by Ted Passon, Yoni Brook, and Nicole Salazar, is exceptionally effective at sliding off into a tangent to give context and information without losing the present-day narrative. We learn about previous district attorneys’ records, about horrifying and galvanizing events in the city, and about people in the community who are already doing the work.

Yet the through line keeps us with Krasner and, more importantly, his team, who become central characters—though I wish the series would remind us of their names and roles more often. The team navigates internal and external politics, including attorneys and staff members who have been in the D.A.’s office for decades but don’t agree with Krasner’s approach.

I’m sure that my affection for this series is partly due to how much I agree with Krasner ideologically, but I imagine someone who does not would also find this to be great television, because the series doesn’t avoid his mistakes nor his critics, and also doesn’t turn them into one-note villains. Some of those in the D.A.’s office are clearly motivated by their experience and desire to protect victims; others want to protect their jobs.

One of the assistant district attorneys, Lisa Harvey, who runs the juvenile justice division, pushes back against efforts to change, well, everything, and becomes the voice of those who are frustrated by the change in leadership. “You don’t have to destroy the system to get the results you want,” she says.

The system doesn’t get immediately destroyed from within, but as Krasner and his team chip away, cameras are present for some riveting moments, and—as if this were a masterfully scripted HBO drama—those moments lay the groundwork for even bigger reveals. Even though what’s happened is public and has been reported on, I don’t want to spoil it, because watching it unfold from the inside is a thrill, and that makes Philly D.A. a rare and exceptional documentary reality series.