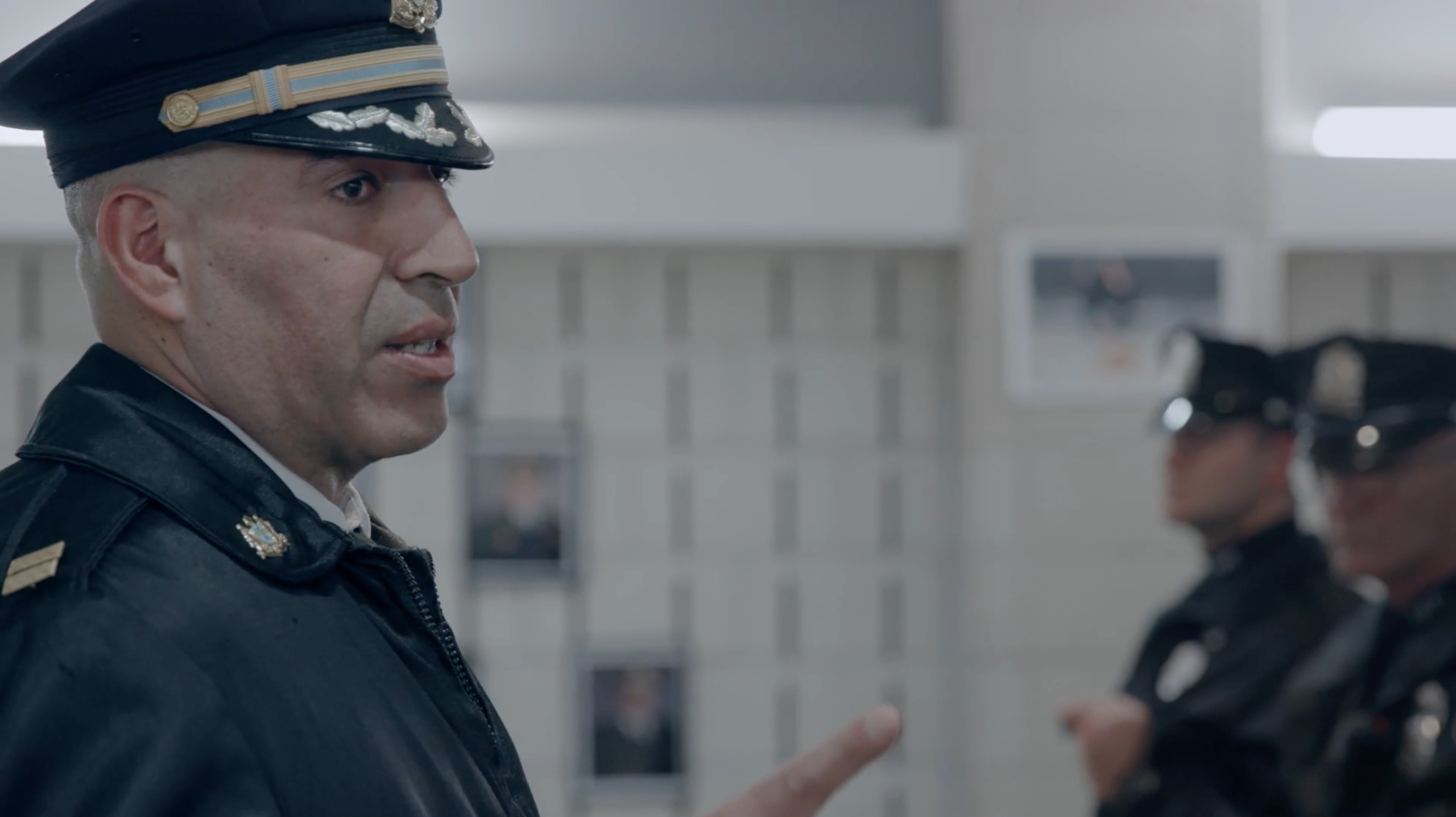 The resurgence of the Black Lives Matter movement last spring marked a turning point, in politics if not yet in policy. Finally, white liberals seemed to be showing up in large numbers to support Black lives. The naïveté of believing that sensitivity training or body cameras could cure the still-ongoing epidemic of police violence against communities—and even, as we were too recently reminded, children—of color was increasingly acknowledged beyond activist circles. Formerly radical proposals, from defunding or disbanding police forces to abolishing prisons, entered the mainstream. But many who saw a need to fundamentally rethink the role of law enforcement in American life still had concerns about the logistics. What might the day-to-day work of dismantling systemic racism, mass incarceration and police power actually look like?

Ted Passon and Yoni Brook go a long way toward answering this question in the eight-part documentary Philly D.A., which will debut as part of PBS’s Independent Lens series on April 20. The filmmakers spent three years following the longtime criminal defense lawyer Larry Krasner for this essential, remarkably balanced vérité-style account of his unlikely tenure as the city’s district attorney. A crusading progressive who’d made headlines for representing BLM and Occupy activists, he wasn’t exactly a beloved figure among prosecutors by the time he was elected in 2017. In an interview for the series, former DA Lynne Abraham, who held the post for 19 years beginning in 1991, doesn’t mince words: “I don’t like anything about Larry Krasner.”

Krasner is equally unimpressed by his predecessors. He begins his term by firing dozens of ADAs whom he sees as antithetical to his agenda. “The coach gets to pick the team,” he says in a press conference following the dismissals. “That is not only my opinion—that’s the law.” On a personal level, it’s sad to see career civil servants abruptly sent packing (on a snow day, no less). But from a political perspective, the move signifies that Krasner isn’t going to be just another disappointing elected official who runs on the promise of reform, only to be immediately absorbed into a bureaucracy whose first priority is self-preservation. Instead, we watch fresh hires fundamentally rethink old ways of doing things. These new employees, many of them people of color in a city that is about 60% nonwhite, appear to be deeply invested in their work. Passon and Brook capture high-level appointees like First ADA Robert Listenbee, an Obama administration alum who heads up Philly’s juvenile unit, reduced to tears at the thought of lives ruined by a criminal justice system that had seemingly given up on rehabilitation.

As the series continues, we observe tense meetings and candid interviews that illustrate how hard it is for this new regime—one whose mandate was clear after Krasner won nearly 75% of the vote—to make meaningful change, even after installing employees with activist orientations. Often cited as the most incarcerated large city in the U.S. as late as the mid-2010s, Philadelphia has a decades-long history of racist over-policing. And in documenting the police union’s publicity stunts—at one point, billboards and aerial ads appear demanding Krasner be replaced—and recreational events whose crowds look overwhelmingly white, the filmmakers suggest why that culture has proven to be so tenacious. The DA’s office also faces pushback from judges who resent its calls for sentencing reform and community members who believe, despite being provided with evidence to the contrary, that a fearsome carceral system is crucial to public safety.

In fact, a recurring theme of the series is the clash between Krasner’s data-driven initiatives (which their adversaries dismiss as manipulative deployments of statistics) and the existing consensus among entrenched officials (which the DA’s team dismisses as emotional decision-making). Philly D.A. is certainly a compelling portrait of what has been called the progressive prosecutor movement—one that, as the filmmakers briefly acknowledge, has gained much of its momentum through the rise of Black women prosecutors like Kim Foxx in Chicagoland and Monique Worrell in the Orlando area. But the picture is complicated by an implicit struggle between highly credentialed, Ivory Tower liberalism and a strain of blue-collar conservatism that has grown increasingly indignant toward so-called elites. Thus the doc taps into a quintessentially American ideological conflict that now permeates every corner of our political arena.

Yet it resonates most in moments that are more personal than polemical. Packed as it is with details that will surely be invaluable to policy makers, activists and academics, the series is bound to feel a bit long, at eight hours, to the casual viewer. Episodes tend to focus on single issues, and the most effective of them are structured around an individual person with a relevant story. A shocking episode on post-prison supervision introduces LaTonya Myers, a young organizer facing probation through 2027—an arguably drastic sentence for three 2012 misdemeanor convictions, stemming from being classified as “high risk” after a boyfriend of her mother’s filed an aggravated assault charge against her when she was a scared 12-year-old trying to protect her parent. “Instead of getting protected” from this adult man, she says, “I got prosecuted.” (For another worthwhile perspective on Philly’s Kafkaesque supervision system, try Amazon’s Free Meek, which follows the rapper Meek Mill’s decade-long struggle to get off probation in the city.) In an exploration of juvenile homicide sentencing, we meet Joseph Chamberlain Jr., who was condemned to life without parole at 16 for fatally shooting another boy. Now in his 40s, Joseph is not just contrite, but also, by all accounts, reformed. The victim’s parents are coming around to the idea of his release. So who is it serving to keep him behind bars for another 30 or 40 years, at taxpayers’ expense?

Though it comes off as more supportive of Krasner’s agenda than the average American might be, the series isn’t propaganda. The lack of narration allows viewers space to arrive at their own conclusions, and the directors include several sympathetic profiles of people who oppose the DA’s policies, such as the grieving family of a cop who died saving civilian lives. Krasner’s flaws are apparent, too; he can be brusque, impatient, condescending. In an episode centered on a proposed safe injection site in the opioid-devastated neighborhood of Kensington, he shrugs off residents’ concern that this harm-reduction strategy might bring even more crime to their blocks. It takes an intervention from aides to get him to soften his message. Still, Krasner comes out looking more receptive to constructive criticism than plenty of politicians on the national stage.

He’s self-aware, too. “I’m not so perfect at retail politics, sitting and having a cup of coffee with politicians,” he reflects in one interview. “There’s a good long-term strategy in trying to get everybody you deal with to like you, but it’s at the cost of doing things that really matter right away.” There’s always a tradeoff—and it’s hard to imagine a gentler, less stubborn, thinner-skinned person than Krasner making much headway with such an ambitious agenda, amid so many huge obstacles. This, more than anything, is the takeaway from Philly D.A. In the context of a deeply flawed criminal justice system, radical change is at once totally possible and extremely difficult.