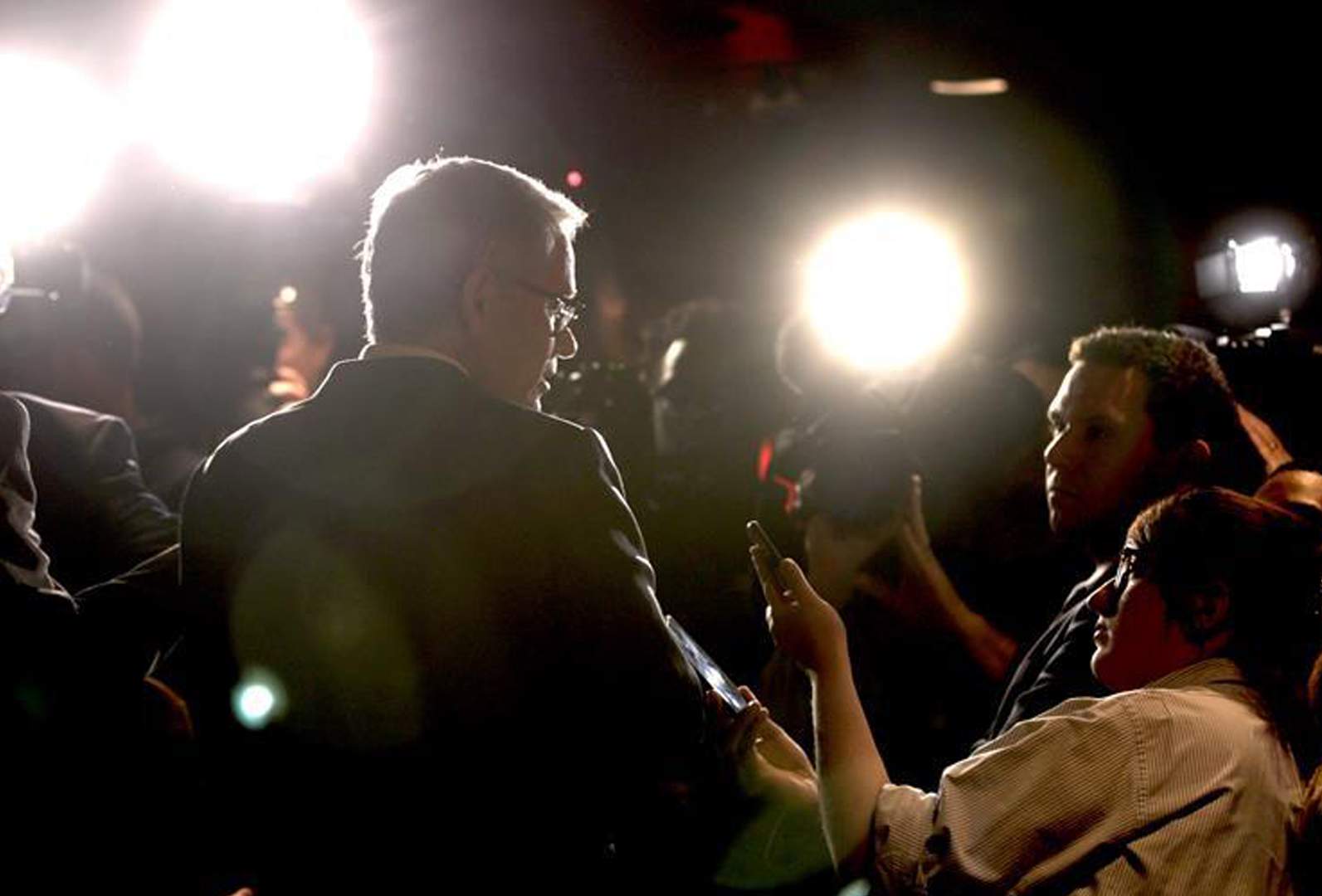 “Philly D.A.,” a new documentary series from “Independent Lens” on PBS, never steps inside a courtroom. There are no surprise witnesses, no brutal cross-examinations, no stunning verdicts. But it’s as captivating, timely and relevant a legal drama as you’re likely to watch this spring.

The eight-part weekly series, which aired its first two episodes on April 20, follows Larry Krasner, the Philadelphia civil rights lawyer elected district attorney in 2017. From the outside, he had crusaded against mass incarceration and excessive sentencing, which he argues disproportionately burden poor and minority citizens. Now he sets out to put the system on trial, with the system pushing back.

There are no trial scenes because of a restriction on filming in Philadelphia courtrooms. But that limitation ends up reinforcing the themes that the filmmakers, Ted Passon and Yoni Brook, steadily build. The most high-stakes legal battles in “Philly D.A.” take place in city offices, community forums and voting booths.

A progressive reformer getting elected to head a big prosecutors’ office would be a story anywhere in America, as it has been in cities like Chicago. In Philadelphia, where politicians like Frank Rizzo and Ed Rendell made careers for being “tough on crime,” it was seismic.

The first episode meets Krasner after his election, raring to make changes. A Fraternal Order of Police leader calls him “frightening.” The news coverage is buzzing and anxious: “Do police officers have a reason to worry?” (One subtle theme of “Philly D.A.” is the press’s tendency to repeat law-enforcement talking points.)

Krasner, whose allies describe him with terms like “bulldozer,” relishes the role of the outsider on the inside. “We did not come here to bring glacial change or to be patient with a system that should have been fixed a long time ago,” he says, clipping the word “patient” with disdain.

But the changes also upend traditional relationships within the D.A.’s office — suddenly, activists are running the very departments they were agitating to reform — and between the office and the rest of city government. The next few years will be, in Krasner’s words, “war.”

The D.A.’s office is powerful because of what it can do and what it can choose not to. Under Krasner, that includes not seeking the death penalty, not charging small-ball drug possession and sex work cases and reducing the use of cash bail.

It also means not deferring to police, in ways that echo the arguments that have arisen in cases like the Derek Chauvin trial. The seventh episode dives into the prosecution of the police officer Ryan Pownall, charged with murder for shooting a fleeing Black man in the back, killing him. The protests, the raging public forums, the police-organization pushback and the grinding systemic resistance to holding officers accountable are all too familiar but thoroughly detailed here. (The case has not yet come to trial.)

Krasner’s platform is not “defund the police” exactly, but it shares the argument that resources are wasted on priorities that feel “tough” but do little good. He repeatedly emphasizes the literal price of incarceration — sentencing someone to 50 rather than 10 years, he says, costs over $2 million that could have gone, say, to public schools.

The series’s deep embedding gives it extensive access to behind-the-scenes strategy sessions in Krasner’s office but also ties it to his perspective. “Philly D.A.” is not hagiography, but it does generally accept that Krasner and his allies have identified the right problems and builds its drama on whether they’ll be allowed to implement their solutions.

But as the story continues, it offers rich context beyond the D.A.’s office. An episode on parole and probation profiles LaTonya Myers, a formerly incarcerated activist trying to manage her own life under the demands of probation. The third episode examines Krasner’s opposition to the death penalty by digging into a high-profile case of a police officer killed during a robbery.

The series makes a good companion piece to last year’s “City So Real,” about the 2019 Chicago mayoral election and its aftermath. “Philly D.A.” is less sweeping and nuanced, but it is part of the same conversation about who cities work for and against, and it has a similar consciousness of the interdependent Rube Goldberg components of a big urban machine.

Overhauling that contraption requires conviction, but also day-to-day political skills. Krasner becomes a national target, attacked by Donald Trump and Tucker Carlson (who calls him and his associates “enemies of civilization”).

Krasner’s pugnaciousness makes him a compelling protagonist but not always his own best defender. In Episode 6, he faces blowback for supporting a “safe injection site” for drug users to avoid overdosing. (Fans of “The Wire” may be reminded of the “Hamsterdam” story line from Season 3.) He seems reluctant to engage with critics, answering neighbors’ concerns with dry, snippy appeals to “the data.” An ally, Councilwoman Maria Quiñones-Sánchez, laments his “unwillingness to do the retail politics.”

All these conflicts are messy, uncomfortable and human, and “Philly D.A.” gives voice to a range of Philadelphians, including hard-line police, left-wing activists and residents worried about crime and police abuses. Despite its title, it becomes not just the story of one man or one office but a city.

That’s a story in progress. The narrative ends before a pandemic, protest movements and rising crime challenged city governments across the country in 2020. (The George Floyd protests come up as a coda over the credits.) And as the documentary notes, these sort of broad changes play out over years and decades.

In one sense, the climax of the series will take place offscreen. Krasner faces a Democratic primary for re-election — against a longtime prosecutor whom he fired after taking office — on May 18, while the documentary is still airing. (For this reason, WHYY, the Philadelphia PBS member station, will not air the series until after the November general election.)

“Philly D.A.” lays out its reformer’s case at length. The verdict will be delivered elsewhere.